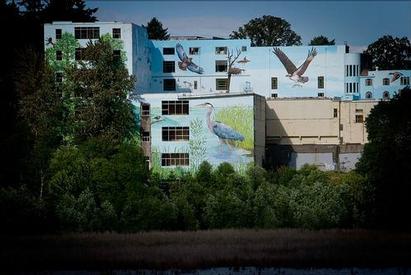 Last October, Nick attended the dedication of the Portland Memorial Mausoleum Mural, which covers almost 50,000 square feet and overlooks the 160-acre Oaks Bottom Wildlife Refuge. The project was led by Mike Houck, Executive Director of the Urban Greenspaces Institute (the fantastic pictures below are his!)

The mural began in 1991 with a 50 by 70-foot depiction of a Great Blue Heron painted by ArtFX painters. The painting celebrated the adoption of the Gret Blue Heron as Portland's official city bird. Seventeen years later, the expanded mural debuted to national praise. 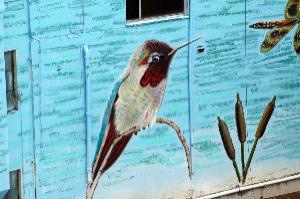 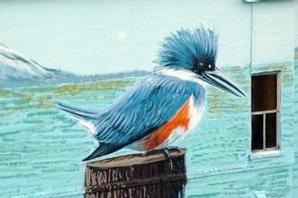 Tonight at 8:00, OPB's Art Beat will air a feature on the mural, the largest hand-painted mural in the country. Click here for more on tonight's episode.