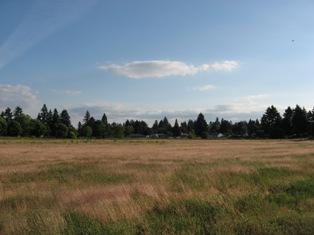 Tomorrow, May 6, Nick will join Tom Lewis, Centennial Community Association Chair, in hosting "Inside the Gates," an inside tour of Parklane Park in East Portland.

Parklane Park is a 25-acre site in East Portland, next to Harold Oliver School. Twenty acres of the park remain undeveloped, and Thursday's event will allow attendees access to the undeveloped portion for a one-of-a-kind discussion of options for the park's future.

If you're interested in joining the tour, meet at the canopy near the park's playground at 4:15 tomorrow afternoon. The tour will begin at 4:30 and wrap up with refreshments back at the canopy at 5:15. There's also a tour specially designed for kids.

Last March, Council unanimously accepted a Master Plan for the park. That Plan was developed by Parks staff working with a variety of partners, including the Centennial Community Association, the Centennial School District, Harold Oliver School, Parklane Church, and park neighbors.

Included in the Master Plan are proposals for open space for sports, a community garden, an off-leash area, tennis courts, a skatepark, a community gathering space, and an outdoor pool.

With the completion of the Master Plan development and implementation, this former gravel pit will become East Portland's signature park. Join Nick tomorrow for the insider's tour and a chance to share your thoughts.