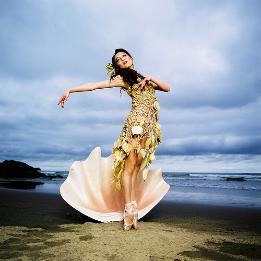 Nick is proud to sit on the Board of the Oregon Cultural Trust (OCT), which just announced the recipients of $1.47 million in grants for the fiscal year beginning this month and extending through June 30, 2011. More than 100 organizations - heritage, arts, and humanities nonprofits; county and tribal coalitions; and statewide partners - received grants ranging from $3,000 to more than $100,000.

Even in a depressed economy, donations to the Trust were up 6% last year. Since 2002, Oregonians have contributed nearly $21 million to the Trust, allowing it to distribute almost $10 million to Oregon arts, humanities, and heritage organizations while building its endowment to $12 million.

This year's grants, writes DK Row in today's Oregonian, will fund the restoration of an historic PT Boat, the preservation of an 1865 pioneer cabin, and an expanded residency program at the Sitka Center for Art & Ecology.

When the Trust was created in 2001, it was envisioned to eventually control a $200 million endowment partially fed by the sale of state-owned land, Row says. The Trust has yet to see proceeds from those sales, though, as revenue has been diverted to other uses. "There's only so much in terms of sales and donations that the Trust can make up," Nick told Row. "We need political will to step in and get a commitment to put up the funds originally promised."