We hope you saw the story about Baltimore Woods in the online version of the Portland Tribune yesterday morning.

Baltimore Woods is a six-acre parcel located between Cathedral Park and Pier Park in North Portland. Thanks to the partnership of Metro, SOLV, Three Rivers, the Bureau of Environmental Services, Portland Parks & Recreation, and the Friends of Baltimore Woods, the property will become part of the npGreenway trail network rather than be developed for residential use. The npGreenway trail system will bring access to the river and to healthy recreation opportunities to a part of Portland that has long been park- and trail-deficient. 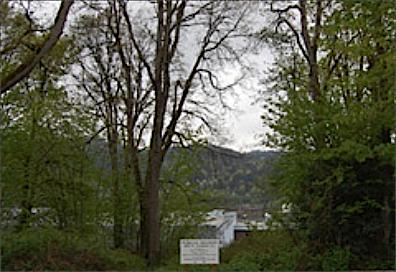 Back in June, we wrote that the various parties had reached an agreement for purchase of the land - today, the property was officially purchased jointly by Metro and the City of Portland.

The npGreenway trail system will connect North Portland neighborhoods with the Willamette through a network of trails for jogging, biking, skating, fishing, wildlife viewing, and more. The new network will connect with the existing Willamette River trail system, providing continuous river access from the Steel Bridge in downtown Portland all the way to Kelley Point Park, at the convergence of the Willamette and Columbia rivers. Click here for a full map of the proposed network.

"The timing is perfect," Nick told the Tribune, "as Parks will be working with the community in the near future on a master plan for the entire trail." Congratulations to all who helped make this happen!