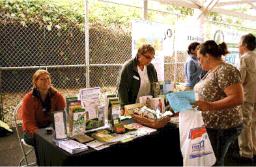 In 2000, the US Census found that the homeownership rate for Whites in Portland is 59% while in the American Indian/Alaskan Native community, the rate is only 25%.

The Native American Youth and Family Center (NAYA) works to close the homeownership gap for Portland's Native American community. Since 2006, they've helped more than 70 families from the native community purchase or refinance their homes, using tools like culturally-specific homebuying classes, one-on-one coaching, and referrals to down payment assistance programs. 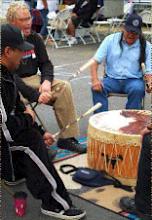 Perhaps the most important tool NAYA uses to help support homeownership is its annual Homeownership Fair. The 5th Annual Fair was held this past summer, and NAYA released its report on the Fair's success this week.

Among the highlights: 336 people attended the fair, which had 31 sponsors. More than 100 people visited 18 or more vendors, and more than 125 people participated in workshops.

NAYA is one of our most important community partners, and we're very proud that their Annual Homeownership Fair is such a success year after year. Congratulations to the staff and volunteers who made this event happen!