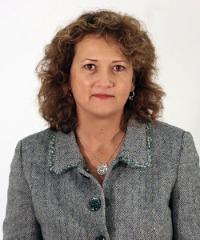 The interview, which touched on both the 2011 Street Count and our progress on the 10-Year Plan to End Homeless, ran in today's Oregonian.

Sally's status report on the 10-Year Plan: "In the last couple of years, one of the changes that happened..was an improved rent assistance program. It's a collaboration among local governments and the housing authority to provide eviction prevention funds as well as rent assistance." Increased funding from the federal government and more non-profits accessing those funds have helped more people stay in their homes.

The strong partnerships between local governments, non-profits, and the private sector are also a big part of our success with the 10-Year Plan. "We are very fortunate in Portland," Sally told the Oregonian, "despite our economic climate, that we have terrific non-profit organizations here. The amount of collaboration between local governments is important. I think the political support from City Council right now is really terrific."

Sally shared her impression of this year's Street Count: The people we're counting "want to make it better for others. People, I think, consented to answering the questions because they thought that by sharing this information, we will be able to get more services...Also, there's no difference between the people I was talking to and someone you'd meet elsewhere. Several of the people I talked to reminded me of my father-in-law or, you know, people that I know. There's nothing unique about them versus someone who is low-income and in housing."

More from the Oregonian on the Street Count.