Portland's urban canopy is an incredible asset. It improves our air quality, increases the beauty of our neighborhoods, and captures greenhouse gases. A recent Portland Parks & Recreation study reports that Portland's trees provide benefits worth millions of dollars each year, and that their replacement value is roughly $5 billion. 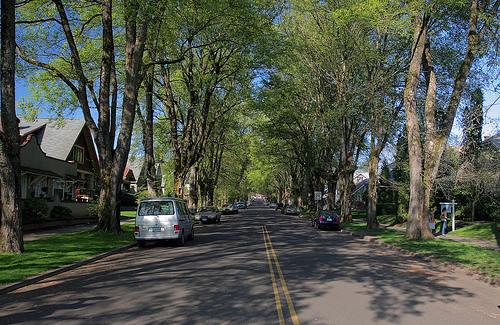 Portlanders are rightly concerned about protecting this asset.

In 2007, the City Council launched the Citywide Tree Project to address neighborhood concerns about loss of tree canopy. The Bureau of Planning and Sustainability (BPS) led a multi-bureau effort to review and revamp the existing rules for trees.

That process resulted in the creation of a new set of proposed code language to guide the way we protect and enhance our tree canopy.

Last night, the City Council held a public hearing to gather input on the streamlined proposal.

After a late night and much public input and Council discussion, the hearing was continued to March 9. At that time, Council will consider the proposed amendments and will hear from bureau staff who have been directed to provide more information about certain aspects of the proposal.

Summary of the Recommended Draft to City Council