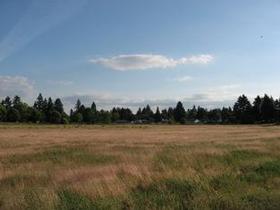 We know that East Portland has long been underserved in terms of park facilities and amenities.

So far, PP&R has acquired a number of great properties for future parks, completed Master Plans for several sites, and made initial improvements at a few locations. 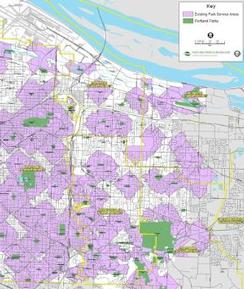 We've had great successes through partnerships with the private sector - Director Park, the Washington Park Summer Festival, and the Summer Playground Program have all benefited from generous private contributions. By focusing this effort East of I-205, we can bring East Portland communities the parks they deserve.

In Saturday's Oregonian, Ryan Frank writes, "Until equity moves beyond a buzzword at City Hall, Fish is the rare council member willing to call in favors with monied supporters to benefit the neighborhoods they rarely, if ever, visit."

Brian Libby picked up the story on the Portland Architecture blog, writing that the E205 Initiative "could be a tremendous benefit to a largely lower-income area of the city.

"We are one city," Nick told Frank. "If we are serious about 20-minute neighborhoods and open spaces, we have to deliver on our promises."

"Fishing for public-private greenery, east of the freeway"

Ryan Frank in the Oregonian