US Immigration and Customs Enforcement, currently located in the Pearl District, hopes to move its facility to a vacant building in the South Waterfront neighborhood.

The kind of facility ICE proposed, which is mostly office space but includes a small processing center for people accused of immigration or customs violations, doesn't 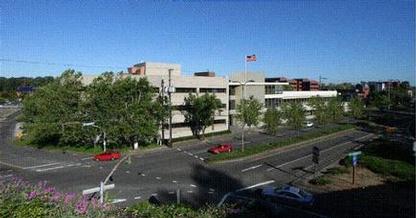 fit neatly into any of the City's zoning code categories. City staff originally determined that the development was an allowed use, but neighbors disagreed.

When the project was approved to move forward, the South Portland Neighborhood Association filed an appeal, sending the issue to the City Council for a final decision.

Citing traffic, safety, and design concerns, SPNA asked the Council to find that the project isn't an allowed use but rather a conditional use, which wouldn't necessarily be approved for the site. That finding would send the proposal back through a Conditional Use Review, which offers more public process and allows the City, through the permitting process, to address neighborhood concerns and adjust the project to minimize impacts.

Yesterday, the Council unanimously supported a motion from Commissioner Fritz and Commissioner Fish to approve the office space piece of the project but send the processing area portion back through a Conditional Use Review. They will take a final vote next week.