In 2009, the us Department of Housing and Urban Development (HUD) awarded the Portland Housing Bureau (PHB) $4.2 million in stimulus funding to help struggling people in our community. We used that money to support the Short-Term Rent Assistance (STRA) program, a partnership of the City of Portland, Multnomah County, the City of Gresham, and the Housing Authority of Portland (HAP.)

Since then, STRA has helped 2900 families - more than 6500 people - avoid homelessness or move from homelessness into housing. 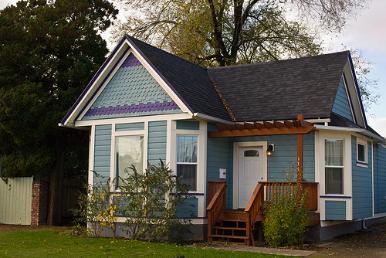 We know that small amounts of one-time assistance can mean the difference between staying or becoming homeless and the stability of a home. In today's Mercury, reporter Amanda Waldroupe quotes Ernest Barton, who was helped by the program: "It helped me survive...It helped me get on my feet."

The STRA program was created in 2006 as part of our 10-Year Plan to End Homelessness. Through it, we work with almost 20 community-based non-profit partners to get help to low-income families in our region as quickly as possible.

Says PHB Director Margaret Van Vliet, "Though this stimulus funding has clearly helped, there is still more need right now than we have resources to address. More than 2500 people sleep in emergency shelters or on our streets every night."

This stimulus funding is close to running out, but we're working hard to identify other sources of funding to support this proven tool in our fight against homelessness.