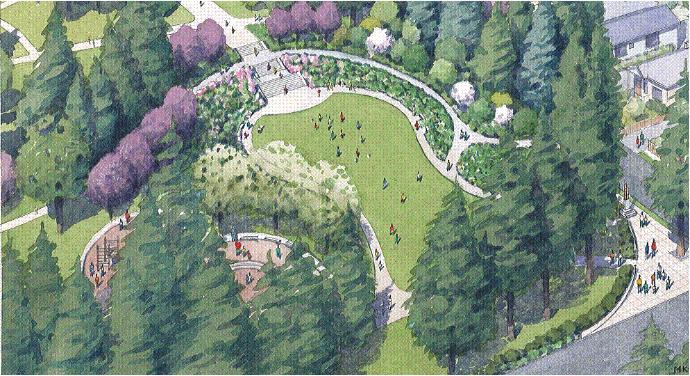 Lents Park, 38 acres at the corner of SE 92nd and Holgate, is a true gem in East Portland.

Portland Parks & Recreation has made gradual improvements over the years, but never as part of a long-term vision. As a result, the park's current design isn't as cohesive as it could be.

In 2009, Council considered a proposal to build a new minor league baseball stadium in the park. Ultimately, we decided the park wasn't the most appropriate site for a new stadium, but that discussion about the park's future showed us that the park needed a long-term plan - what we call a Master Plan.

Since then, we've worked with neighborhood members and other stakeholders to create such a plan. Through that process, funded by the Portland Development Commission, we learned a lot about how the Lents community uses the park, which features they like the most, and what they'd like to see happen with the park in the future.

Together, we created a beautiful and ambitious vision.

Today, the Council adopted the 2011 Lents Park Master Plan, marking an important milestone for the future of this park.

Thanks to all those who helped shape this plan, the future of Lents Park is bright.