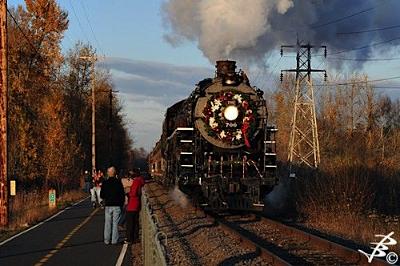 The Oregonian's Matt Buxton has posted a great story about the Oregon Rail Heritage Foundation (ORHF), where dedicated volunteers are working tirelessly to raise funds for a new home for three historic steam locomotives owned by Portland Parks & Recreation.

The trains are currently housed at the Brooklyn Rail Yard and aren't on public display.

But, as ORHF's members remind us, they're an important part of our city's heritage.

ORHF is working to build a new, permanent home for the trains - part museum, part restoration facility, and totally open to the public - near OMSI.

We're thrilled with the success the ORHF volunteers have had fundraising so far, and are confident that they'll reach their goal. We were also glad to help financially support the group in 2009 when it purchased the site of the future center.

Many thanks to Bill Failing, head of ORHF, and his team of dedicated volunteers for their stewardship of this part of our collective past.