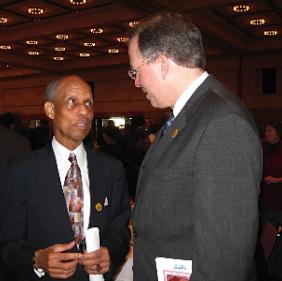 Congratulations to Publisher Bernie Foster and the team at The Skanner newspaper on their recent success at the National Newspaper Publishers Association conference, where they were honored with four Annual Merit Awards.

We're particularly impressed that the team won the prestigious Carl Murphy Community Service Award for its overall content and specifically for its coverage of the Sergeant Henry Lincoln Johnson story.

Commissioner Fish is very proud to be part of the effort to secure a posthumous Medal of Honor for Sgt. Johnson, a WWI hero. (More on the Sgt. Johnson effort.)