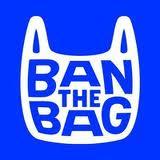 The ban impacts stores with gross annual sales of at least $2 million or at least 10,000 square feet of space, and goes into effect October 15.

Last July, the Council passed a Resolution urging passage of a statewide ban in the 2011 legislative session and committing the City to pursuing an ordinance in 2011 in the state bill failed.

The Council's resolution also takes important steps to ensure that the policy doesn't financially burden Portlanders. There's no fee associated with the use of paper bags, and qualifying seniors and low-income folks will be eligible for free reusable bags.

Congratulations to the City staff, advocates, and others who've worked so hard on this issue over the past several years!