Did you know? Portland is the only American city that owns two operating steam locomotives (and has a third under restoration!)

Today, the trains are housed at the Brooklyn Rail Yard and aren't open for public viewing, but a dedicated group of volunteers has been working to secure a permanent home for the three historic locomotives, own 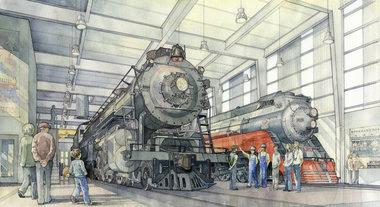 Yesterday, the Council unanimously approved a loan modification for the Oregon Rail Heritage Foundation, giving the group more time to pay it back and helping their bid to secure a new home near OMSI.

Over the past 14 months, the Oregon Rail Heritage Foundation has raised $4.3 of the $4.7 million it will need to fund construction of the new facility.

We're hopeful that the group will open its new heritage center next year. Bill Failing and the ORHF team have done truly impressive work to bring this vision to life. We're so excited to see the finished product! 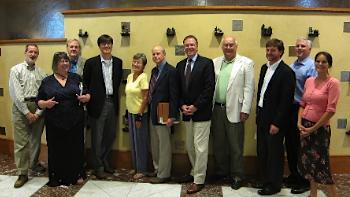 Jim Redden in the Tribune

Angela Webber in the Daily Journal of Commerce

Beth Slovic in the Oregonian