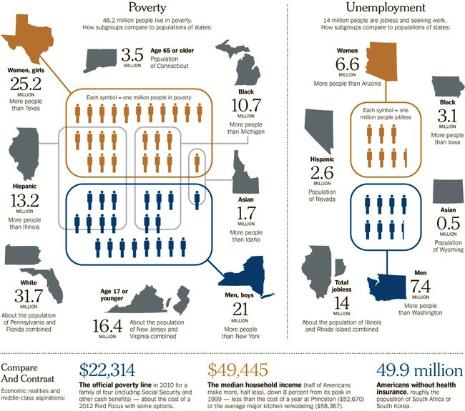 Poverty and unemployment are crises affecting millions of Americans. It can be difficult to wrap your head around what those big numbers mean.

We saw this graphic in the New York Times over the weekend and wanted to share it.

It provides clear, powerful representation of just how many Americans are struggling in today's economy, and which groups are feeling the most impact.

For example, the number of seniors living in poverty is about the same as the population of Connecticut - 3.5 million.