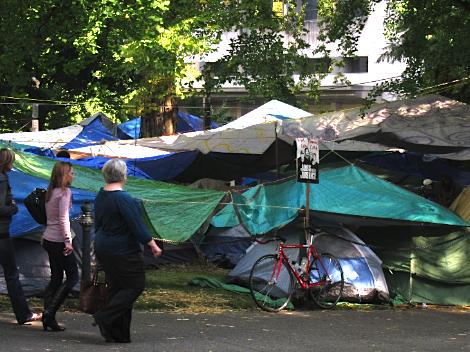 In it, he supports the group's constitutional right to conduct peaceful protest, commends its commitment to non-violence, and shares its frustration with growing inequality in America.

As Commissioner in charge of Portland Parks & Recreation, he shares growing concern with the damage being done to the parks each day they're occupied. The current estimate is that the park will require more than $19,000 and several months to repair - some impacts to trees in the park may not become clear for years. This cost will be borne by Portland taxpayers, not Wall Street. He calls on Occupy Portland to immediately begin working with PP&R staff to make changes to minimize damage to the parks.