A census brief released in November describes an interesting demographic first: more people are 65 or older than ever before. 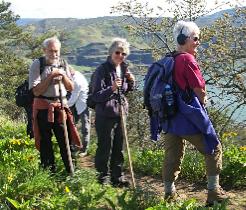 Between 2000 and 2010, the population of older adults grew by more than 15%, while the general population increased by just under 10%. As the older population grows, writes Carrie Werner, "it becomes increasingly important to understand this population as well as the implications population aging has for various family, social, and economic aspects of society."

Before he was elected into office, Nick served on Multnomah County's Task Force on Vital Aging, charged with identifying opportunities, challenges, best practices, and recommendations for enhancing the independence, engagement, and contributions of older adults in our community. As a Commissioner, the bureaus he oversees, Housing and Parks, touch the lives of many older adults in our community.

Through the Portland Housing Bureau's 11x13 campaign, we're working to help seniors 'age in place.' A number of Portland rental properties are affordable because they use limited-duration federal subsidies; working with community partners, we help those buildings re-up their subsidy and remain affordable. A large portion of people living in these apartments are older adults, and helping them stay in their community benefits us all.

On the Parks side, we offer an impressive lineup of programs specifically for seniors. Everything from computer and cooking classes to hiking trips and yoga and piano classes is on offer. Check of the Winter 2012 Catalog for more.

A healthy community allows people of all ages to thrive, prosper, and benefit from their neighbors' insight and experience. By 2035, almost 25% of Multnomah County's population will be 60 or older - we'll keep working to help seniors stay active, stay in their neighborhood, and stay engaged.