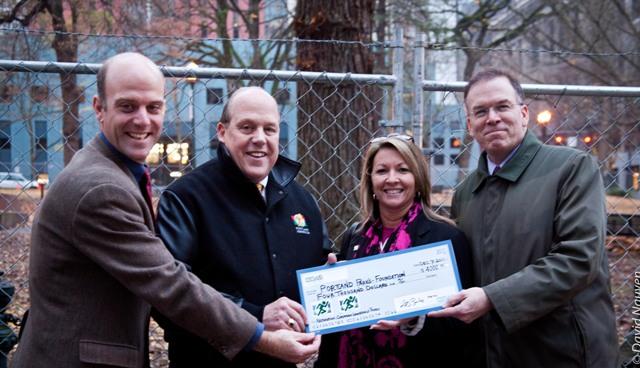 Following the Occupy Portland encampment in downtown's historic Chapman and Lownsdale Squares, we heard from a number of people who wanted to contribute financially to repairing the squares. Parks staff estimate that the repairs will cost more than $85,000.

In response, our partners at the Portland Parks Foundation established the 'Restore our Historic Squares Fund.' To date, the fund has received nearly 100 contributions from private donors, and a generous donation of $25,000 from Umpqua Bank.

Yesterday, we received another noteworthy donation: $4,000 from the Portland Marathon. We've been impressed and inspired by the outpouring of support the fund has received - Portlanders truly love their parks. To the Portland Marathon, Umpqua Bank, and the private donors who have supported this effort, thank you.

Hannah Hoffman in the Willamette Week