Our community partners do outstanding work helping people experiencing homelessness move from the streets to permanent housing. KGW highlights one of our partners, the Salvation Army, in a recent story about the Female Emergency Shelter, which goes by the acronym SAFES. 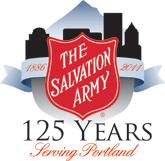 "An emergency shelter for women who live on the streets of Portland," writesPat Dooris, "is helping about a third of them get into stable housing." The report highlights the story of Billie Robinson, who lived on Portland's streets for many years.

After a number of winters using the SAFES shelter, Robinson says, she decided she was ready to make a change. With the help of shelter staff, Robinson stopped using drugs and alcohol and moved into a small apartment downtown. "For Billie Robinson," Dooris reports, "the streets of Portland are now simply a place to walk. Not a place to live."

We're very proud to support SAFES - this year, PHB has invested over $800,000 in the facility, which serves hundreds of women each year. Our funding supports 50 year-round beds and additional capacity during the winter.

We know shelter space doesn't end homeless by itself, but it's an important aspect of our overall strategy. Shelters provide immediate safety for those who have lost housing, offer safe respite from the cold, and are a central point from which to coordinate other services.

Congratulations to Billie Robinson and to the SAFES staff for another success.