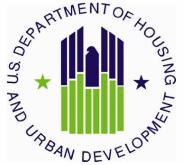 The City of Portland has recognized sexual orientation as a protected class since 1991, when the Council passed an ordinance to prohibit discrimination in housing, employment, and public accommodations.

Commissioner Fish said, "I am grateful to the Obama administration, Secretary Donovan, and Assistant Secretary Trasviña for ensuring that federally-funded housing is open to all, regardless of sexual orientation or gender identity."

The new rules will go into effect 30 days after they are published in the Federal Register next week.