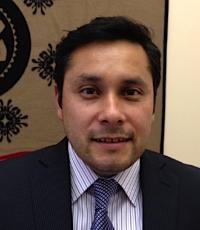 "As I looked for a person who was familiar with all aspects of City government, understood the role of Portland Parks & Recreation in the community, could manage complex organizational initiatives and was respected by a diverse cross-section of community partners, Warren's name kept coming up," Director Abbate says. "I reached out to Warren and was delighted that he has agreed to join my leadership team."

We're delighted that Warren is joining our team. He'll start in his new role on April 2.