The results of Portland Parks & Recreation’s first-ever BioBlitz event at Forest Park are here! Wildlife experts compiled the data that was collected by over 140 volunteers during a 24-hour period in the park.

Here are some of the highlights: 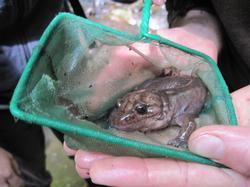 Click here for a complete summary of this one-of-a-kind wildlife study!