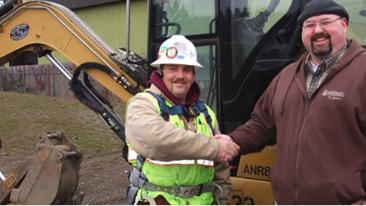 Yesterday, KGW news highlighted the great work of Central City Concern (CCC).  CCC is one of the City's community partners in the fight to end homelessness.

KGW reporter Pat Dooris shared success stories of Portland's most vulnerable group of people, highlighting how formerly homeless individuals can find jobs through CCC's employment programs.  CCC is like a “godsend,” according to Melinda, who found a new job with CCC's help.

Last year, the agency helped 384 people find new jobs.  It helped another 360, who found work the year before, hold onto them in the next year.

The City of Portland is proud to work with our non-profit partners to move people from the insecurity of the streets to self-sufficiency and independence.