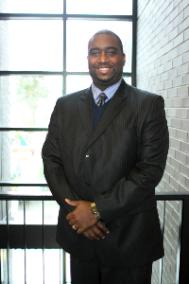 Portland Parks & Recreation is pleased to announce the hiring of Hasan Artharee as our Portland Park Ranger Supervisor.

Artharee is a licensed Executive Security Manager and trainer with the Oregon Department of Public Safety Standards and Training.  He most recently served as the President and CEO of Safeguard Security Enforcement. In addition, he has served part-time as the Community Programs Manager for the Salvation Army.

He also worked with law enforcement and private businesses in the Portland area and in several cities across the United States.

Artharee will be responsible for the day-to-day operations of the Park Ranger Program, which serve as goodwill ambassadors and provide a positive presence in Portland parks and park facilities. Rangers are given the authority under City Code to enforce park rules and issue park exclusions.

The Rangers work closely with other Portland Parks & Recreation staff, the Portland Police Bureau, and other City bureaus to identify, prevent, and address concerns within parks.

We are happy to welcome Hasan to the team!

James Mayer in The Oregonian