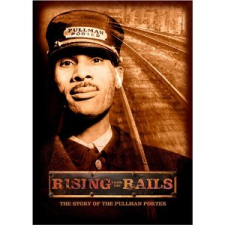 All month long there are events around the city for reflection and celebration to grow awareness that Black History is American History.

Black History Month began in the United States in 1926 when historian Carter G. Woodson and the Association of Negro Life and History dedicated the second week in February as “Negro History Week.” The 2nd week in February was chosen because both Fredrick Douglass and President Lincoln’s birthdays were in that week.

The week grew in popularity throughout the decades, and in 1976 the federal government expanded Black History week to Black History Month.

On Wednesday, February 6 City Council will issue a Black History Month Proclamation at 9:30am in City Hall Chambers. Other events around the City of Portland include films, a Taste of Soul Luncheon at the Portland Building, community events, and a market place.

Get out and about in your community to reflect and celebrate!

To learn more about what the city is doing in honor of Black History Month check the City's activities calendar.