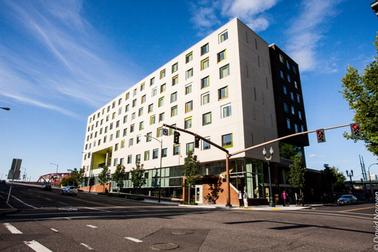 Everyone deserves a safe, decent, and affordable place to call home. For too many, that dream is out of reach. Some 1,700 people in Multnomah County sleep outside each night, including nearly 500 veterans. It is a national disgrace that anyone should have to choose to sleep outside, and especially troubling that women and men who served our country have to make that choice.

To combat this, the US Department of Housing and Urban Development (HUD) partners with the US Department of Veterans Affairs (VA) to administer the VASH program. VASH - VA Supportive Housing - is a joint effort to move veterans and their families out of homelessness and into permanent housing through a combination of rent assistance and a wide variety of services.

Last year, as Street Roots reported, our community faced challenges getting VASH vouchers into the hands of veterans who needed them. At one point, nearly a third of the vouchers allocated to the Portland community were unused. Not only did that mean homeless veterans remained on the street, it meant we were leaving significant federal subsidy on the table.

Recognizing that bottlenecks in the referral and lease-up process were keeping veterans from being successful, the Portland Housing Bureau convened a group of VA and social service representatives to meet monthly and work through the obstacles. Sometimes that was as simple as finding a way to help fund rental application costs, a cost not covered by the VASH voucher itself. Other times, it meant tackling longstanding systemic problems.

The group eventually hit on a significant idea - if the City, County, United Way, and Home Forward each donated $10,000 to a pot of flexible funding for costs like bus tickets, application fees, and rental deposits, the success rate for VASH voucher-holders would increase significantly. Mike Boyd, with the Portland VA Medical Center, told Street Roots the change was like "night and day."

Thanks to the strong partnerships among government agencies, non-profits, and the private sector, our community came together to solve this problem.

VASH isn't the only way we're supporting veterans. From dedicated spots at Bud Clark Commons and Gray's Landing to innovative work at Transition Projects and legislative efforts in Salem, our community is stepping up in a big way to prioritize men and women who served our country.