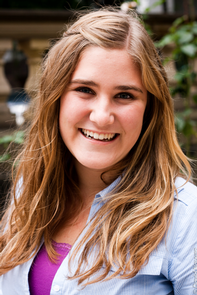 Now, the White House Commission on Presidential Scholars knows it too!

Sophia has been named one of two Presidential Scholars for the state of Oregon's high school class of 2013.  She will travel to Washington, D.C. next month to accept the honor.

Sophia will be attending Yale University in the fall.  We're very proud of Sophia - it's clear her future is very bright!

Betsy Hammond in The Oregonian