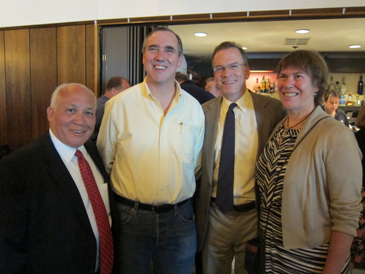 The NOLC offers an avenue for local unions to come together as a unified group to improve the lives of working people and give Labor a voice in the political process.

The annual Appreciation Dinner recognizes and awards Northwest labor leaders and other community members for their service to union groups.