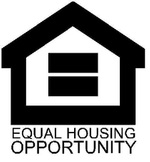 Speaker Tina Kotek’s Section 8 reform bill passed the Senate and now heads to the Governor’s desk for a signature.

This historic legislation will ensure that thousands of low-income families in Oregon will have a fairer opportunity to live in the neighborhood of their choosing.

Section 8 is the country’s largest housing program. Nearly 7,000 people in our community use housing choice vouchers – almost half are families, one-third have a disability, and one in five is a senior citizen. They are veterans, immigrant families, older adults – they are the face of America.

This victory would not have been possible without Speaker Tina Kotek’s strong and persistent leadership and the support of landlords, housing authorities, and housing activists.

This legislation builds on reforms pioneered by Home Forward (formerly the Housing Authority of Portland). Many of those reforms came out of a Section 8 Task Force I had the honor of leading with Speaker Kotek and Multnomah County Commissioner Deborah Kafoury.

Passage of this bill marks the third major victory for the City’s housing agenda in this legislative session. They include renewal of the City’s tax exemption program for low income and first-time homeowners, known as HOLTE; clarification on the tax-exempt status of City-owned affordable housing properties; and, today, Section 8 reform.

This is a very proud day for Oregon.