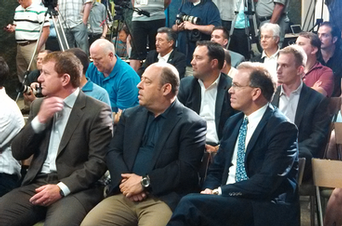 The 2014 MLS All-Star game is coming to the Rose City!

The MLS's biggest stars will be hitting the pitch in Portland's first-ever All-Star game - an opponent has not yet been named. But we all look forward to welcoming the players and ESPN viewers from around the country to Soccer City, USA!