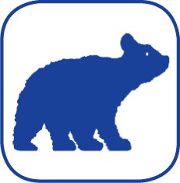 This morning, Commissioner Steve Novick and I asked City Council to support an unprecedented new partnership with the Citizens’ Utility Board of Oregon (CUB). City Council supported our Resolution by a vote of 4-0.

Commissioner Novick first raised the idea of working with CUB last spring, after his brief tenure as Commissioner in charge of the Portland Water Bureau.

Six months ago, when Mayor Hales assigned me the City’s two utility bureaus – the Bureau of Environmental Services and the Portland Water Bureau – I invited CUB to consider providing outside, independent analysis of the City’s utilities and to advocate for Portland’s residential ratepayers.

This action is consistent with two of my priorities: strengthen accountability and transparency, and stabilize rates.

CUB, a public benefit non-profit, was created in 1984 by a citizens’ ballot initiative to represent the interests of residential ratepayers statewide. For 30 years, CUB has been a leader in ratepayer advocacy, achieving an estimated savings of $5.8 billion for residential ratepayers across Oregon. This is the first time that CUB has agreed to a new role of public utility oversight.

Our agreement with CUB is simple: we have asked them to act as a consumer watchdog on behalf of residential ratepayers. We will provide CUB with the documents, people, and information they need to do their analysis, and when they have recommendations, we will publicize their suggestions so that the Council and the public have a chance to discuss and consider their proposals.

Best of all, this additional oversight has no cost to Portland ratepayers – instead, we will publicize our partnership with CUB and let Portland utility customers know they can join CUB as members.

I am grateful to my colleague Steve Novick, and to CUB, for this bold new partnership.

Portland City Council approves deal to bring in Citizens' Utility Board of Oregon as watchdog for water, sewer bureaus