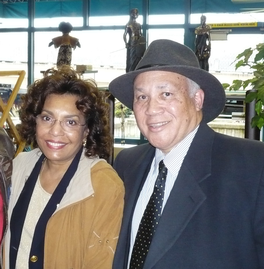 After six years of working with the Fish team, we bid a fond farewell to our dear friend and colleague George Hocker.

George has served as Nick’s Public Advocate since 2008. He has been the liaison to the Disability Commission, Elders in Actions, Age Friendly Cities, and a variety of other community groups.

George has had a lifetime of accomplishments. A graduate of Howard University, he spent over thirty years working for the Central Intelligence Agency, with significant time spent in Africa, South America, and the South Pacific. George recently served as an administrative Pastor in the faith community before joining the Fish team.

We thank you George, for everything you have done for the City and this office! And, we wish you well on your next adventure.