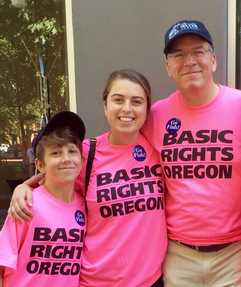 On Sunday, we celebrated Father’s Day.

A number of local stories caught our eye.

A son’s lesson on Father’s Day

Street Roots featured an essay written by Nick, sharing some of the lessons he learned from his father, Ham Fish.

Kristi Turnquist in The Oregonian

The Oregonian featured Water Bureau meter inspector Curtis Roth, who volunteered with the Sunday Parkways with his son Jacob.  They rode their bikes together along the route, and dispensed water to thirsty participants.