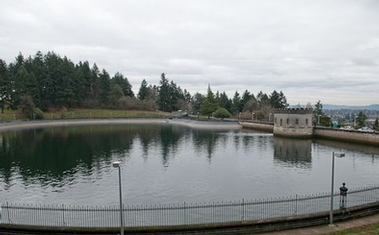 What a busy week of work! Not necessarily just for myself, but for the whole Fish family. Working hard, helping each other prep Nick for Wednesday’s council session. The Mt. Tabor Reservoirs decision was a huge deal for Council. I sat in Council and listened to friendly amendments, testimony, and watched Portlanders give thumbs up and thumbs down. I thought the people living in the Mt. Tabor neighborhood gave thoughtful testimony, asking Council to preserve the reservoirs. The City Council approved a plan for the three open reservoirs in Mt. Tabor, so the reservoirs will be preserved. Council also approved $4 million to restore the reservoirs over the next four years. After sitting in council for an hour and a half, I had a lunch date with Commissioner Saltzman’s intern.

Alexis, Commissioner Saltzman’s intern, is studying at Oregon State University and her major is business. Alexis and I had lunch at Karam Lebanese & Syrian Cuisine. We’ve never had Lebanese food before, and I thought it would be great if we tried something new together. As we walked to the restaurant I found out that Alexis and I have a lot in common. We are both in college, we are the same age, we are interning through summer works for the same position in City Hall, and we both are believers. The only down side to this date is that we waited 40 minutes for our food, Alexis brought her lunch back to the office; and I brought mine home. Over all I had a great time connecting with Alexis and getting to know her on a deeper level!!!

I’m really sad I’m leaving this office so soon. Next Thursday is my last day!!!! I’ve learned so much from everyone here. I admire Nick, just the way he talks; so powerful and meaningful. Liam and I staffed Nick in a PowerPoint meeting this week, and when the presenter was done presenting Nick had the chance to give feedback. Every correction that Nick gave, I wanted to give him a high five. I can see that Nick really puts himself in the lens of the citizens of Portland, and cares about the benefits of Portlanders.

It’s an honor to work with the Fish family!