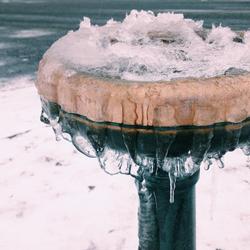 Our Benson Bubblers are back on!

Thanks to warming temperatures, the Portland Water Bureau is turning back on the Benson Bubblers.

The Water Bureau previously turned off many of the Bubblers due to cold weather, which can freeze pipes, damage property, and cause safety hazards on sidewalks for pedestrians. Of the 130 bubblers around downtown, two were left on to provide water to those who rely on them as their primary water source.

Now, everyone can enjoy them.

Check out the Portland Building’s website to learn more about the Benson Bubblers.