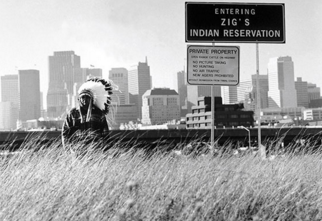 His publication includes over 1,500 photos of more than 80 Native American tribes, taken from 1907-1930. Curtis, a non-Native, believed in highlighting and preserving Native cultures through photos. His work received both praise and criticism, as many photos were romanticized representations of Native culture.

The exhibit is a response to the dialogue surrounding Curtis’ controversial photos. It showcases Native American photographs alongside Curtis’ photographs, providing a unique look into non-Native and Native perspectives of the portrayal of Native Americans in photography.

Check out the Portland Art Museum's website for more information.