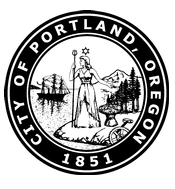 First I want to offer my sincere thanks to the Budget Office, in particular Director Andrew Scott and the analysts for the two utilities, Ryan Kinsella and Claudio Campuzano.

I also want to thank my bureau teams, my colleagues, Council office staff, and the Mayor for thoughtful and productive conversations over these last two weeks.

While we began with a difference of opinion about whether we needed new revenue to balance our budget this year, we’ve always had a meeting of the minds on values.

Given the additional revenue we had to work with, and the declared Council priorities, there’s a lot to like in this budget.

We have made investments in public safety, helping our Police Bureau better recruit and retain officers – and get them on the street quickly – and preserving 13 critical firefighter positions.

We have committed record funding to address affordable housing and homelessness.

We have restored funding in Audit Services to ensure they have the staff they need to provide independent oversight of City operations.

We are supporting a community effort in Cully to reclaim the Sugar Shack site as a new community asset.

We have shielded the arts from cuts.

And we have made modest but important investments in the Village Market, Restorative Justice programs at Resolutions Northwest, and the Rosewood Community Center.

This year will mark the third year in a row I have directed the utilities to bring a combined increase under 5%.

I’m very pleased that we’ve been able to do that, with a focus on basic services like replacing old pipes and preparing for the Big One.

And we have continued to exercise discipline with ratepayer dollars, funding fountain operations and preservation work at Mt. Tabor with the General Fund.

Finally, thanks to our partners at the Citizen’s Utility Board of Oregon, we have reduced the proposed rate increase even further, to 4.45%.

Mayor Hales, this is your last budget.

I believe a significant part of your legacy will be the reforms you’ve brought to our budgeting process – modified zero-based budgeting chief among them – and the discipline we’ve shown in targeting our resources to core community needs, be they public safety, housing and homelessness, or transportation infrastructure.