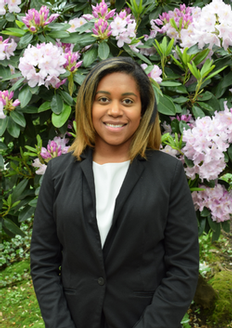 Join us in welcoming Amira Streeter to the Fish Team as our new Policy Director!

Amira was born in our nation’s capital and calls Gaithersburg, Maryland her childhood home. As a U.S. Foreign Service brat, Amira grew up living and travelling all over the world – Russia, Indonesia, China, India, Nigeria, and Germany, just to name a few! In 2010, Amira moved to Portland to attend Lewis & Clark, Northwestern School of Law for their prestigious environmental law program. As an undergrad, Amira attended Skidmore College, where she studied environmental science, dance, and art.

Amira is excited to return to public service, having worked for Lew Frederick in the Oregon Legislature and the City of Portland for the Equitable Contracting and Purchasing Commission. She has worked in the private sector on environmental and energy projects and for non-profits on policy on community development, social equity, and environmental issues. She is involved with various environmental organizations including the Oregon Environmental Council, Sierra Club, and the Environmental Professionals of Color.

She mostly recently served as Policy and Advocacy Director for the Urban League of Portland.

On her days off, Amira enjoys watching movies, crafting, and playing with her dog, Lula, in parks throughout Portland.