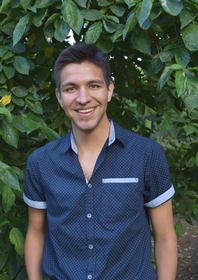 Vince was born in Valparaíso, Zacatecas, Mexico. At eight months old, Vince and his family moved to Southern Oregon where he spent majority of his early years. He now spends his time in Portland, Medford, and Eugene.

Vince attends the University of Oregon, majoring in biology with a minor in biochemistry. He is currently on track for medical school, where he plans to specialize in hematology and oncology. In the future, Vince strives to provide accessible healthcare to communities historically marginalized by medicine including PoC, non-English speakers, LGBTQ+, and others.

This goes hand in hand with his participation in collegiate organizations such as College Democrats, Climate Justice League, MECHA, Students for Choice, LGBTQ+, and Community for Minorities in STEM.