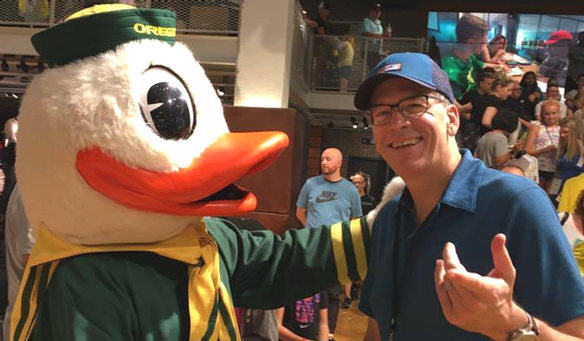 I write to wish you and your family a happy and healthy holiday season and to share some highlights from this year.

We faced unprecedented challenges in 2017. But we also witnessed the best in Portlanders – working together to build a stronger community and a better city. As my friend Wajdi Said says, “we need more love and light in the town square.” I am proud of the progress we made together.

My Cancer Treatment
In August, I was diagnosed with abdominal cancer. As I have learned, the path forward is a marathon, not a sprint. Still, I am filled with gratitude. We're making great progress. I have excellent doctors and nurses at OHSU’s Knight Cancer Institute and practitioners at An Hao Clinic. And I have a loving family and strong support from the community.

Millions of Americans are fighting cancer and other chronic diseases every day. They all deserve our compassion and support.

Housing for All
During a storm last winter, Karen Lee Batts died of hypothermia in a downtown parking garage. A shelter only a couple blocks away had room for her. For many people on our streets, especially those who struggle with mental health crises and addiction, shelter or traditional affordable housing simply isn’t enough.

Supportive housing is a nationally-recognized solution that combines a safe and deeply affordable permanent home with intensive services. In October, the City and Multnomah County adopted a vision, which I helped lead, of adding 2,000 units of supportive housing in the next 10 years.

Our Clean and Green Future
My bureaus, Environmental Services and Water, are taking bold action to promote a healthy, sustainable city:

- Announcing a plan to convert 100% of the methane gas from our sewage treatment process into renewable energy. “Poop to Power” is a triple win – reducing greenhouse gas emissions, replacing dirty diesel fuel with clean natural gas, and delivering a profit for our ratepayers.

- Approving a new tax incentive to help us clean up over 900 acres of brownfields.

In January, the EPA released its cleanup plan for the Portland Harbor Superfund site. We are committed to moving forward with implementing the Record of Decision. But recently, the City learned that several private parties have asked EPA to reconsider fundamental decisions and agreements. The move could potentially delay cleanup work by a decade or more. Mayor Wheeler and I wrote a letter calling for EPA to work with all stakeholders, not just a select few. EPA recently announced an improved agreement. Things are moving forward, and we’re keeping a close eye on the progress.

Protecting Water Quality and Affordability
Portland is fortunate to have an abundance of clean, safe, and reliable water. And we’re making long-term investments to maintain public health, safety, and affordability:

- This year, we detected trace amounts of the micro-organism Cryptosporidium in the Bull Run Watershed. Although our water remains safe to drink, our state and federal regulators revoked our limited-term treatment variance – the only one in the country. After robust public input and careful consideration, Council unanimously decided to build a filtration facility. It’s an investment in our future, protecting our water system from challenges like climate change, a natural disaster, or future regulations.

- Although our source water and distribution pipes are lead-free, some older homes have bad plumbing. We’re adjusting the pH of our water to keep lead from leaching out of bad pipes and faucets.

- Some of our neighbors need a little extra help paying their utility bill. We’re working on a plan to expand our nationally-recognized financial assistance program.

- And thanks to the Big Pipe, the Willamette River is cleaner than it’s been in decades. BES tested the water every week during the summer and the Mayor even went for a swim!

Good Government
At a time of declining public trust in many institutions, including government, it is important that we earn that trust every day:

- We ask a lot of our citizen boards and commissions, and count on them for good advice. But we haven’t always given them the necessary tools to be successful. I led a reform effort to increase the transparency, accountability, and effectiveness of advisory bodies. It establishes long-overdue standards like mandatory disclosure of conflicts of interest, a uniform application, and robust training.

- I strongly supported Measure 26-189, sponsored by Auditor Mary Hull Caballero. It increases the independence of the elected City Auditor and passed overwhelmingly in the May election.

A More Welcoming City
We reaffirmed our status as a Sanctuary City, supporting our immigrants and refugees.

We stood up for our local DREAMers, demanding prompt action from Congress and funding a grant to the Oregon DACA Coalition to help offset the costs of DACA renewal. My newest staff member, Mariana Garcia Medina, herself a DREAMer, co-authored the resolution.

And I challenged the business community to convert their single-stall restrooms to all-user, removing an arbitrary and unnecessary barrier. Businesses eagerly stepped up and made their restrooms more accessible. And earlier today, we celebrated its successful completion!

Protecting Workers and Consumers
I continue to be concerned about the impact out-of-state technology companies – who refuse to play by our rules – have on consumers and workers.

Uber is a notoriously bad actor. They operated illegally, then tried to make an end run around Portland’s regulations. They hid a massive data breach for over a year. They attempted to strip workers of important rights. And it took a subpoena to get them to disclose how they evaded Portland regulators with “Greyball.” Next year, we will consider tougher regulations, including new ways to keep the public safe.

We are finalizing a registration system so the City knows who’s renting their home on Airbnb and HomeAway. It’s a simple way to make sure hosts have a business license and a working smoke detector.

And voters approved Measure 26-194, which I sponsored. It ensures that out-of-state companies like HomeAway pay the same lodging tax as a mom-and-pop bed and breakfast in St. Johns. A win for tax fairness.

Arts and Culture
I’m honored to serve as the City’s Arts Commissioner and liaison to the Regional Arts and Culture Council. This year brought a lot of changes to RACC and the arts in Portland:

- The Oregon Supreme Court ruled that the Arts Tax is constitutional. That’s great news for the over 30,000 Portland kids who will continue to have arts education in school.

- We protected funding for Open Signal and the Portland Film Office in this year’s budget.

- An iconic piece of Portland history and culture has returned! Thanks to Restore Oregon, the Jantzen Beach Carousel will one day have a permanent home.

-  We’re working with the community to develop a plan for more affordable arts and performance spaces, which will increase economic activity and jobs.

- RACC Executive Director Eloise Damrosch retired after a long and distinguished career. I will work closely with the next leader to advance Portland’s vision of a vibrant, accessible, and equitable creative economy.

- At the request of Mayor Wheeler and me, Auditor Mary Hull Caballero is conducting the first-ever performance audit of RACC.

Supporting Small Businesses and Good Jobs
As the City’s liaison to Venture Portland, the support system for our 50 neighborhood business districts, I am working to strengthen local businesses and grow good-paying jobs:

- Strongly supporting Community Benefits Agreements, which ensure that workers get high-road jobs and the training they need, while providing broader opportunities for women- and minority-owned businesses.

Proud Moments
- Working with the Mayor to eliminate the “48-hour rule,” a key part of our police reform agenda.

- Launching a partnership with Project Search, providing opportunities at the City for people with disabilities.

- Presenting SMYRC and the Muslim Educational Trust with Spirit of Portland Awards.

Above and Beyond
The Water Bureau Emergency Management Team. They stepped up during the Eagle Creek Fire to make sure our water supply was safe.

In Praise of Heroes
We honor the heroism of Rick Best, Taliesin Myrddin Namkai-Meche, and Micah David-Cole Fletcher, three strangers who intervened on behalf of two young women who were being harassed on a MAX train. Two of these brave heroes paid the ultimate price.

In Memoriam
We recently lost former Mayor Vera Katz. I will never forget the time we spent together on the “Flight for Freedom” after 9/11. She spoke for all Oregonians, offering love and support for the people of New York. It was an honor to know Vera, and she leaves a lasting legacy.

Thank You
Everything we do at City Hall requires collaboration. I am grateful to my City Hall team led by Sonia Schmanski, the public servants who work for my bureaus, my Council colleagues, and Portlanders across our city for the progress we made this year.

Thank you for the honor of serving our City. 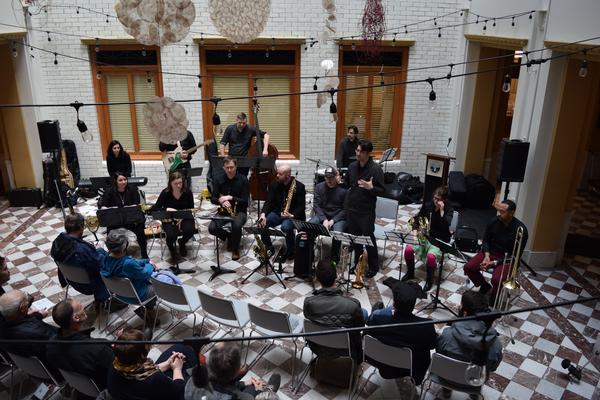