Yesterday evening, Nick was honored to be a panelist for a discussion on sanctuary cities.

The discussion, which was part of Multnomah County Library’s “Everyone Reads” program and hosted by Portland State University, looked at what being a sanctuary city means for Portland and our community.

In March of last year, City Council declared Portland a Sanctuary City. It reaffirms a long-standing state law that prohibits the use of public dollars to enforce federal immigration laws. 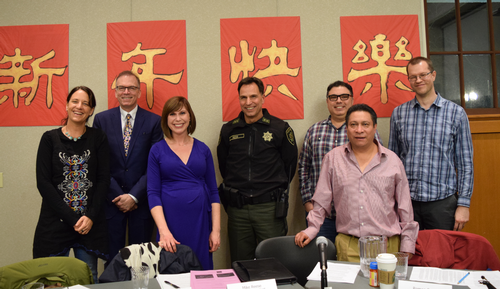