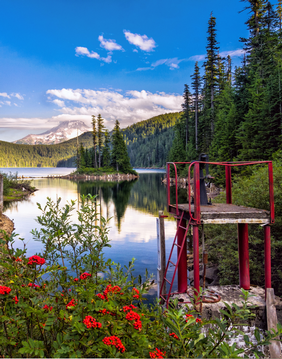 Today, Mayor Ted Wheeler announced that he will be reassigning bureaus in early September.

My new portfolio will include Portland Parks & Recreation, the Bureau of Environmental Services, liaison roles with Venture Portland and Elders in Action, and a new role created at my request – liaison to the Portland Film Office.

Commissioner Amanda Fritz will become Commissioner-in-Charge of the Portland Water Bureau, and will also take over as liaison to the Rose Festival Foundation. The Regional Arts and Culture Council (RACC) liaison assignment will transition to Commissioner Chloe Eudaly.

It has been an honor to work with the women and men of the Portland Water Bureau and the Bureau of Environmental Services over the past five years. I’m proud that we’ve put our public utilities on solid footing – stabilizing rates, focusing on basic services, planning for the future, and strengthening accountability.

The founders of our water system thought 100 years ahead, securing a pristine and plentiful water source. And during my time overseeing the Water Bureau, we have made key decisions to prepare our water system for the next 100 years: bringing major reservoir projects in under budget, working with neighborhood partners to preserve the historic Mt. Tabor reservoirs, beginning a filtration project to protect our water from climate change and future regulations, and launching a historic expansion of our financial assistance programs for people who need a little extra help – including, for the first time ever, renters.

And we have brought a new level of transparency and accountability to both utilities, creating a new community oversight body – the Portland Utility Board – and inviting the Oregon Citizens’ Utility Board to oversee our work on behalf of residential customers.

I am grateful to the hard-working and dedicated Water Bureau employees for their partnership over the past five years, and for their ongoing commitment to our customers.

I have also been proud to serve as Portland’s Arts Commissioner since 2013.

We advocated for robust arts education in our schools and defended the Arts Tax in court.

We developed and launched a bold plan to protect and preserve affordable arts spaces across our community.

We celebrated Eloise Damrosch’s 30+ years of service with RACC, and we partnered with RACC in their search for a new Executive Director.

And we asked the Auditor to conduct the first-ever outside review of our relationship with RACC. Her audit gives us a roadmap for the future, to better align our work and to increase transparency and accountability.

Similarly, I am honored to have been Council liaison to the Rose Festival Foundation since 2017. Portland’s official festival has earned international acclaim and is a treasured Portland institution.

Finally, I am excited to step back into the role of Parks Commissioner. We have an opportunity to create new partnerships and stronger alignment between Parks and Environmental Services while building on the good work of Commissioner Amanda Fritz, who has been a champion for underserved parts of our community.

I will focus on ensuring that parks and recreation programs are accessible to everyone, expanding our world-class network of parks, trails, and natural areas, and bringing more public and private investment to our system.

We have much to celebrate – from jewels like Leach Botanical Garden in East Portland to the Japanese Garden in Washington Park and Forest Park in Northwest – and development fees generated by Portland’s building boom give us a unique opportunity to build out parks and play areas in underserved parts of our community.

I thank Mayor Wheeler for his collaborative approach to the bureau assignment process, and look forward to this next chapter.