The Portland Commission on Disability requests that anyone who has received or seen this flyer to please report it so they may track it. Thanks to Human Rights Commissioner, Linda McKim-Bell for bringing this to the Commission's attention. 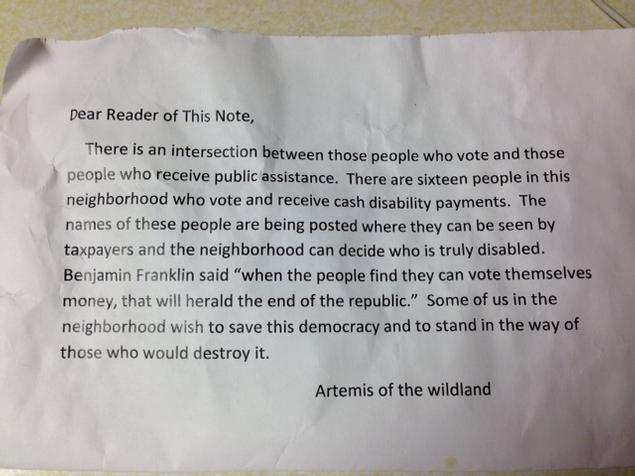