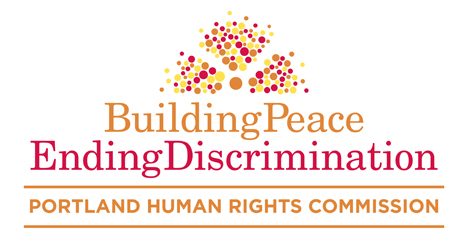 “Our job as Human Rights Commissioners is to hear and take action on human rights issues,” said Audrey Alverson, HRC vice chair. “This work, by default, is difficult and uncomfortable and often involves push back. We recognize that many issues we are asked to consider are complex and multi-faceted; and as a commission, we work to hold true to our mission of upholding the ideals expressed in the Universal Declaration of Human Rights and the ideal that those rights are endowed to all human beings, regardless of their politics. Our decisions may be unpopular to some or even to the majority, but human rights issues wouldn’t exist if these positions were popular.”

As an all-volunteer advisory body to City of Portland’s elected leaders, the HRC is not charged with making decisions nor declarations on City policy, but rather with advising elected leaders on human rights issues within the city. One avenue through which HRC’s advisory statements and endorsements are informed is by receiving community input in a variety of forums, including regularly scheduled public comment at HRC’s monthly meetings.

The HRC works to eliminate discrimination and bigotry, to strengthen inter-group relationships, and to foster greater understanding, inclusion, and justice for those who live, work, study, worship, travel and play in the City of Portland.