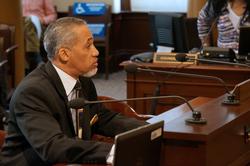 James reviewed equity highlights from the past calendar year and offered a glimpse of works in progress, including the Five-Year Bureau Racial Equity Plan process that each City bureau is undergoing. He added that the office will expand its engagement on the issue of disability, saying that Portland can become a leader in disability equity work just as it has become a national model in racial equity.

“I believe we are now in the most difficult phase of this work,” said James. “Beginning this work was actually easier than where we are now. This City is truly a national model, but we still have work to do. We are now at a place where many staff believe they "get it." Unfortunately, for some, there is not yet the depth of understanding of root causes that are continuing to create disparities or of the opportunities we can create that would benefit everyone.”

Community members provided testimony in support of the office’s efforts to institutionalize equity in City policies, practices, and procedures.

OEHR Bureau Advisory Committee Member, Ranfis Giannettino Villatoro, said there is a general fear in the community about “equity” being a buzzword or a flavor of the month, like “diversity” and “inclusion” in the past. 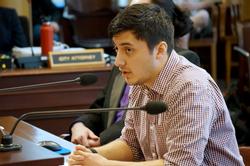 “These aren’t mere buzzwords for us. What we’re really talking about is addressing institutional racism and implicit bias, and I think OEHR and the City have done much to advance how the City sees equity…but I think there are still challenges ahead,” he added.

Villatoro said the City should work with more urgency to address disparities for communities of color: “Now is a great moment to continue these conversations and to develop these strategies.”

Portland disability commissioner, Philip Wolfe, thanked Council for the bold risk in passing the captioning ordinance for televisions in public venues—an issue that Wolfe advocated for passionately on behalf of deaf and hard-of-hearing Portlanders. He also thanked Director James and OEHR staff for supporting the Portland Commission on Disability.

City Attorney, Tracy Reeve, lauded OEHR Senior Policy Advisor, Judith Mowry, and staff for developing and hosting a two-day educational convening for City and regional government lawyers with the Government Alliance on Race and Equity and john a. powell. She also mentioned her appreciation for the equity training and consultation her office has received from OEHR.

Before the Council vote, James presented each commissioner with a City Council Equity Lens card that included four simple equity questions they should ask themselves before introducing or voting on City policy proposals:

1. Is my implicit bias impacting how I think about this issue?

2. How will this issue impact communities of color?

3. How will this issue impact people with disabilities?

4. Is there an opportunity to reduce disparities? 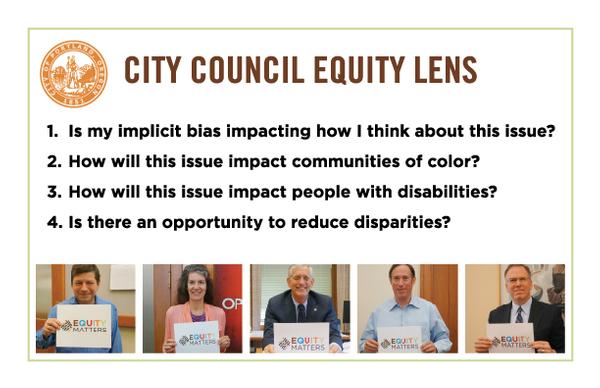 Commissioner Steve Novick thanked James for the equity lens and said he would keep it in front of him, at his desk, at all times.

Novick also thanked OEHR for its involvement in the City budget process: “The budget is how we express our values, so the work of the office in the budget process is critically important.”

Commissioner Amanda Fritz thanked OEHR staff for its racial equity work as well as its focus on communities with disabilities, specifically the Americans with Disabilities Title II Transition Plan process.

“Our work is not done,” Fritz said. “We have definitely made a good start and equity has started to become something that many more City employees and people in the community understand, embrace, and care about passionately.”

Referencing OEHR’s skeptics and barriers during its formation, Commissioner Nick Fish thanked Fritz for being a fierce champion in developing the office, and Mayor Charlie Hales for his leadership of the bureau in recent years.

To further institutionalize equity, Fish suggested including clear equity expectations in Bureau Directors’ annual letters and to work with OEHR to develop implementation plans and metrics for the directors.

“Thanks to the training and the work that you do, I’ve learned that as a privileged White male, I’m perhaps not to blame for racism, but I’m responsible for it and that’s true for all of us,” Hales said. “We have the chance to learn where we fit in the work of equity.”

The Annual Report was accepted unanimously by Council (Commissioner Dan Saltzman was absent for the morning session).

View the presentation to Council: https://youtu.be/Ch4vR70bfK8?t=40m49s