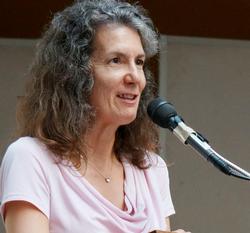 As of September 4, 2018, I am no longer in charge of Portland Parks & Recreation (PP&R) … the honor of that assignment returns to Commissioner Nick Fish.  I will be in charge of the Portland Water Bureau (PWB) and the Office of Equity and Human Rights.  I am only the second woman ever to be in charge of the Water Bureau, after Portland’s first woman on the Council and first female Mayor, Dorothea McCullough Lee.  Like me, she was elected to the title of Commissioner of Public Utilities.  She served as the Water Bureau leader from 1943 – 1949.  I am grateful to follow her leadership.

This will be the first time I’ve been placed in charge of a utility bureau. One of my goals is to end my tenure with accolades similar to a City Commission report on Water Bureau operations in 1894:

“millions of dollars have been spent, a great public work carried to completion; no scandal exists; no charges of mal-administration are made; not even a hint of peculation is suggested….The work of the Committee is practically done.  It must be judged by its works.  The City of Portland will have a supply of water which for purity is probably unexcelled anywhere in the world.  How much this will count for the future health and happiness of its citizens cannot be measured.”

I am also now in charge of the Office of Equity and Human Rights, a bureau I created in 2011 with Mayor Sam Adams.  The Office was initiated to promote opportunities for all Portlanders in City jobs, contracts, and services.  While we have made progress in those areas, more improvements are needed.   I am excited to work with the staff in Equity, our community, and Mayor Wheeler to take this crucial work to the next level.  The Water Bureau offers a significant opportunity in this arena, with a $500,000 million investment in water protection upcoming and many good labor jobs within the bureau and in contracts every year.  PWB Director Mike Stuhr and Interim Equity Director Koffi Dessou will be my trusted partners.  Interim Parks Director Kia Selley is doing amazing work in PP&R, and has my full support as she works with Commissioner Fish.

I thank everyone who has supported, visited, and enjoyed our parks system during my time as Parks Commissioner. I have deeply appreciated the opportunity to work with thousands of hard-working, dedicated staff and community members. I am more than happy with all the great accomplishments we have achieved together! The hard work and advocacy of many people in our community has led to significant investments throughout our City including:

Special thanks to the staff in my office who have been particularly engaged in Parks issues: Tom Bizeau, Patti Howard, Tim Crail, Pooja Bhatt, and Cristina Nieves.  I am grateful to all the wonderful staff in Parks, and to our labor partners particularly Laborers 483 who organized the Rangers and Recreation staff in addition to their staunch advocacy for maintenance workers.  Thanks to the Parks Board and Parks Foundation staff and volunteers, too.  The bureau depends on your leadership, support and advocacy.