(Note: this was written just before the Jefferson County, Kentucky Grand Jury failed to indict police officers for the killing of Breonna Taylor) 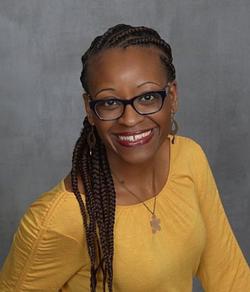 We the People? by Dr. Markisha Smith

“We the People of the United States, in Order to form a more perfect Union, establish Justice, insure domestic Tranquility, provide for the common defense, promote the general Welfare, and secure the Blessings of Liberty to ourselves and our Posterity, do ordain and establish this Constitution for the United States of America.”

Recent events in our City and across the country drew me to the Constitution’s Preamble again. I found myself revisiting what was a steady part of my elementary school experience. In fact, as a graded assignment I remember having to memorize the Preamble and present it in front of the class. Because I was a diligent student, I completed the task without hesitation and earned an A. At this point in my development, I was not reflecting on the inherently white supremacist ideologies of the Constitution and the Bill of Rights. Less I forget the School House Rock series—videos of the Constitution and Preamble which presented a cartoon, catchy song version of information about the foundations of this country. I had no clue at the time that “We the People” was not talking about my people, Black people, and that the Bill of Rights was not created to be a set of rights that protected Black folx.

A couple of weeks ago, I watched as I drove along I-5 South the stream of trucks and cars with Trump and American flags whipping and flying in the air behind them. A feeling of anxiousness settled into the pit of my stomach as I thought about this moment in history we are experiencing and how the ideologies of the Preamble, the Constitution and the Bill of Rights were and have been on full display for the world to see. The impending election has me concerned about how the outcome—either way—will encourage more opportunities for violence, harm, destruction, and death. I thought about how the Constitution is being used to justify acts of hate, injustice, white supremacy, and anti-Black racism. The words of the Constitution are being used to allow hate speech, acts of violence, and seemingly harmless flags to fly, which are in reality rooted in racism, to caravan across our city and create tension and discord—to incite destruction and slaughter.

What was for but a moment protests about the unforgivable, unforgettable murder of George Floyd and countless other Black folx across this country—the injustice Black folx experience in every facet of every system in this carefully designed, white supremacists framework, is now being soiled, tainted, usurped, caught up in a “take over sprit” meant to divided, deflect, and distract from the real focus-Black Life. Leaders note that Freedom of Speech, as part of the First Amendment in the Bill of Rights of the Constitution is a right of Americans in this country. Yet, this freedom of speech permits hate speech and symbols of hatred towards Black folx that are a threat to our physical, mental, and emotional safety. Several of the other Amendments represent a similar unsafety for Black folx in this country.

Amendment II permits Americans the freedom to bear weapons—gun violence at the hands of law enforcement officials towards Black folx plays out on our news and social media feeds frequently. And, white Americans have taken this constitutional right to mean policing their neighborhoods and shooting innocent Black people.

Amendment X grants powers to the people not noted in the Constitution—while this seems to offer some cover for individuals at the state level, in reality neither the Constitution nor its amendments were created for the benefit of Black and Brown bodies in this country.

A word about police, policing, law enforcement, and the justice system. I do not sit here and pretend that I am proud of or impressed by how this system has worked for Black people in this country. In fact, I have watched it destroy individuals in my family, and even had personal experience with its failure to serve me as a survivor of domestic violence. Much of what I noted in the Amendments/Bill of Rights/Constitution has resulted in violations against and the death of Black people in America at the hands of law enforcement. And, while not every law enforcement agent is guilty of such violations or carries the blood of Black folx on their hands, there is an urgency to not only acknowledge how the system of policing has harmed Black folx but to be about the real business of how this system needs to be restructured to reflect the values and beliefs of the people it claims to serve.  This does not mean that I am anti-police or that I do not recognize the fatigue and frustration that officers are experiencing, particularly in Portland, after over 100 days of demonstrations both peaceful and otherwise that have been taking place night after night. Yet, is it possible that we need to consider models of public safety that are designed by and for community in partnership with police agencies? Is it possible that we admit the system isn’t broken, functions as it was intended to function, and commit ourselves to changing it to function in ways that also serve Black folx?

Here is another reality that we must all recognize. Black folx and other people of color are just as much contributors to white supremacists’ institutions as we are enemies against it. For every policy we want to abolish, there is some other policy that we supported, knowing full well it would not serve Black and Brown folks. Even at the tender of age of nine, I was being set up to digest the rhetoric of our “founding fathers,” and brainwashed to believe that the system would serve me in the same way they served my white classmates. Nope. Black folx must continue the re-programming process so that we embrace our true history and can use this history to shape our present and future.

Ask yourself these questions: Does this Constitution serve everyone in our country? And if not, why are we continuing to use it as a justification for racist, hate-filled acts of violence? Is this really democracy? Who is holding us accountable? The founding fathers are long gone—who has replaced them as the monitoring agent? And, does Black life matter enough to make us move bravely and boldly towards something different?