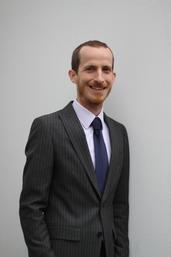 Deputy Director and Regional Liaison, Daniel Eisenbeis, first joined the Office of Government Relations in 2010 and was appointed as its first State Government Relations Manager in 2011. In 2014, he was awarded a German Chancellor Fellowship and later served as the urban policy analyst and legislative coordinator for the Oregon Department of Land Conservation and Development before returning to the City of Portland in 2016. During his time with the Office of Government Relations, he has worked to pass legislation increasing City authority for financing energy efficiency projects, managing affordable housing bond proceeds, promoting seismic retrofits, regulating demolitions, and controlling local streets, as well as securing state investments in housing and cleanup of Portland Harbor. Prior to working for the City, he held lobbyist, planner, and analyst positions with the League of Oregon Cities, 1000 Friend of Oregon, and Minnesota Department of Transportation. Born in Portland, Dan holds a Bachelor of Arts in geography from Macalester College.