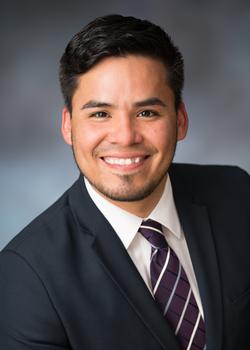 Héctor M. Miramontes serves as the Director of International Relations for the City of Portland. Héctor earned his undergraduate degree at the University of Oregon and holds an MBA in Sustainable Systems from the Bainbridge Graduate Institute at Pinchot University. Héctor attended the Sorbonne in Paris, France where he earned a Certificate in French Language and Civilization (Certificat de langue et civilization françaises). He has a love of languages and is fluent in English, French, and Spanish. Héctor has previously worked with the Office of Government Relations in the Salem office and in the City of Portland Bureau of Planning and Sustainability. In his spare time Héctor enjoys riding his bike and has participated in the annual, 200-mile, Seattle to Portland Bicycle Classic.